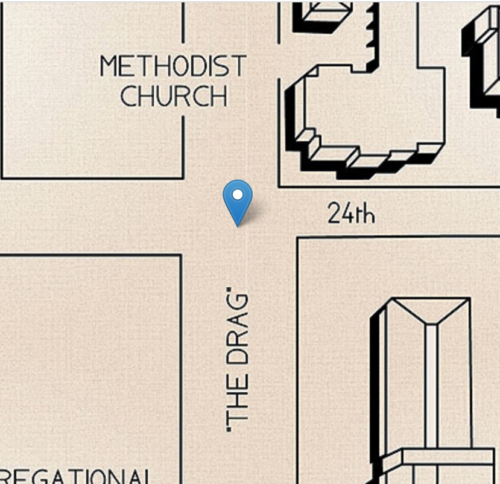 He remembered Whitman as “a dangerous person,” who had no qualms discussing vaguely violent aspirations.

“I went home and told my wife that ‘If this guy ever does something violent, they better not say he’s not the kind of person who would do that,’ because I thought he was. I remembered him very well,” Williams says.

Williams graduated from UT in the summer of 1966. On the day of the shooting, he was showing his wife’s sister Tyra around Austin, since she was visiting from out-of-town.

They were driving Williams’ Ford Mustang near the University Co-op when Williams heard gunshots. He saw passers-by looking up, and realized the shots were coming from the tower. Williams said he immediately put the car in reverse and maneuvered it up to 24th Street, where he parked and warned others not to go near campus.

Williams tried to call his family back in Odessa to tell them he was OK, but he couldn’t get in touch with them for 24 hours.

“They didn’t know if I were alive or dead. My mother assumed I was dead,” Williams says.

Williams later wrote a book based on his experiences called “Summer of ’66.”